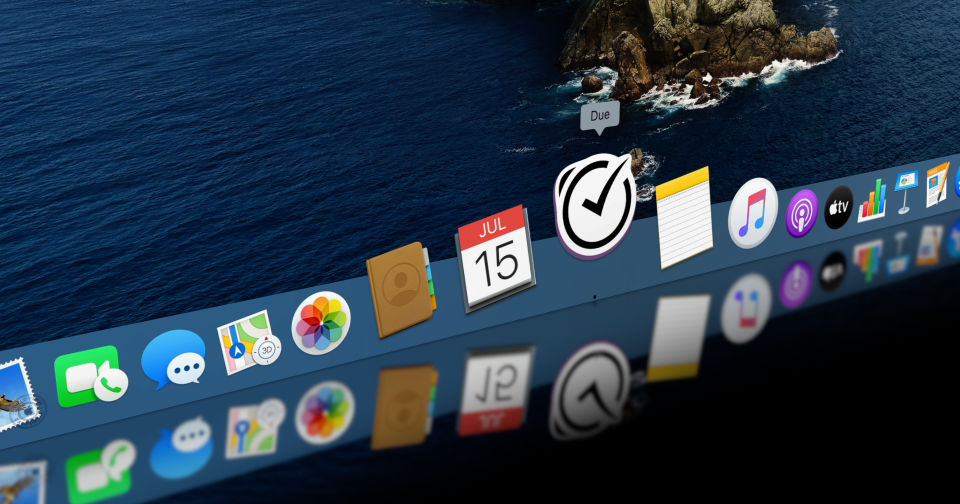 The last version of Due for Mac was 1.5.1. It was released almost three years ago in September 2017 and had not been updated, until today.

For years, I've been receiving emails from customers who wondered if I had effectively abandoned the Mac app. They noticed the updates for iOS, but nothing for the Mac.

I, too, was ashamed about the state of Due on the Mac. It was missing features from its iOS counterpart, and its looks were stuck in the Due 1 era. I even hesitate to recommend the app to users who had asked.

Once it became clear that the amount of work that Due Mac needed was beyond what I could handle alongside iOS development, I turned to Hon Cheng for help.

Hon Cheng is my partner from my other venture at Clean Shaven Apps. The last app we shipped together was Elk, a travel currency converter that won an Apple Design Award. I convinced him to collaborate on Due macOS as a joint project between Due and Clean Shaven Apps.

Hon Cheng is not only a partner and trusted friend—but also a 10x developer. His effective speed and productivity was only in recent years tempered by two young additions to his family (but he's still a force to reckon with).

Looking back, that must be one of the best decision I've made for Due, for without his work, this revamp to Due macOS would not ship for years to come.

A Glimpse Into The Future

Every software claims their new version has been completely redesigned and reimagined from ground up, and I'm going to do the same. Except that in this case, it's 100% true.

In a way, everything in this update provides a glimpse of where Due for iOS will head towards—from the design to the features.

While it's a shame that we couldn't work fast enough to bring the update to all platforms simultaneously, we're excited about bringing the redesign and features back to iOS.

Due for macOS adopts the Upgrade Pass model first introduced in iOS. In a nutshell:

Many customers have shared with us their thoughts on the Upgrade Pass. A handful hated anything to do with subscription, but most of you found how it works to be fair. It's still early to know for sure if this model would work out towards a sustainable app business, but we're hopeful as we continue to add value to the app in future updates.

Thank You, And One More Thing

I hope you enjoy using the update as much as we do. Thank you for hanging in there with us.

P/S: We've also launched a public issues tracker for Due for macOS. If you're interested to learn more about it, please join us at our GitHub issues repository.