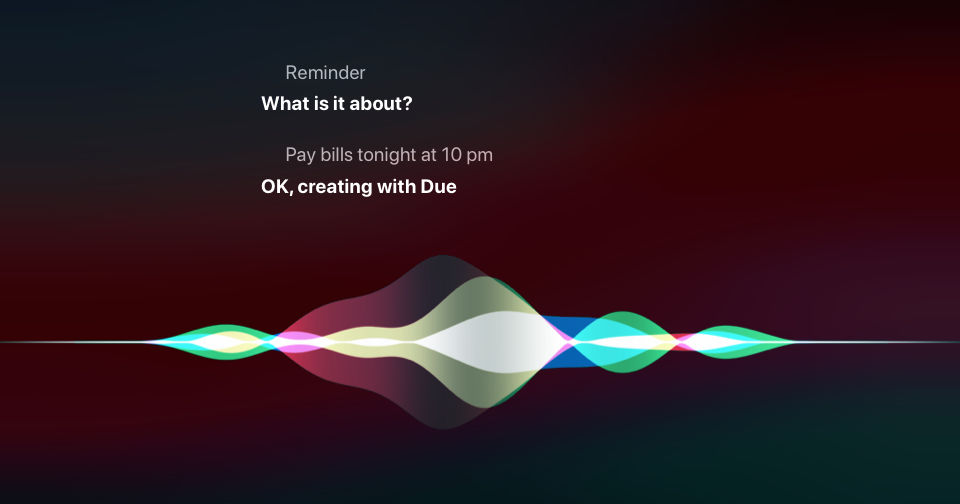 While Due has supported the use of Siri a year ago, the implementation has been less than ideal for many customers.

There were 3 main problems:

The latest update, Due 20.5, addresses all three problems at once by implementing native support for Siri Shortcuts. (This is different from the legacy Shortcuts support via URL schemes.)

You can now choose a custom phrase that can be used to trigger the shortcut reliably. Being unimaginative as I am, I chose “Reminder”.

This does mean that that you’d be using a two-step process: first, the trigger phrase of your choice, followed by the reminder and due date.

If you’d rather not have date parsing, or perhaps you prefer Due to prompt you for a due date each time, you can configure the shortcut to do so. Due also includes a shortcut for creating repeating reminders that you can find in the Shortcuts app.

And the best part? Any Siri shortcuts that you create on your iPhone will also work on the Apple Watch.

Siri Shortcuts for Due is now available in Due 20.5.

Depending on when you have purchased Due, you may have to unlock the feature with the Upgrade Pass. More details can be found in a separate post, The Future of Paid Upgrades.